There are several possibilities and varieties in cuts. Some like it thick, some don’t. Yet the delicious and smokey flavor of a grilled steak is highly appreciated by all steak lovers all over the world. If it is a thin cut, a double cut, or just a common filet mignon, it comes down to the right doneness. But before we look at this topic we need to choose our steaks. 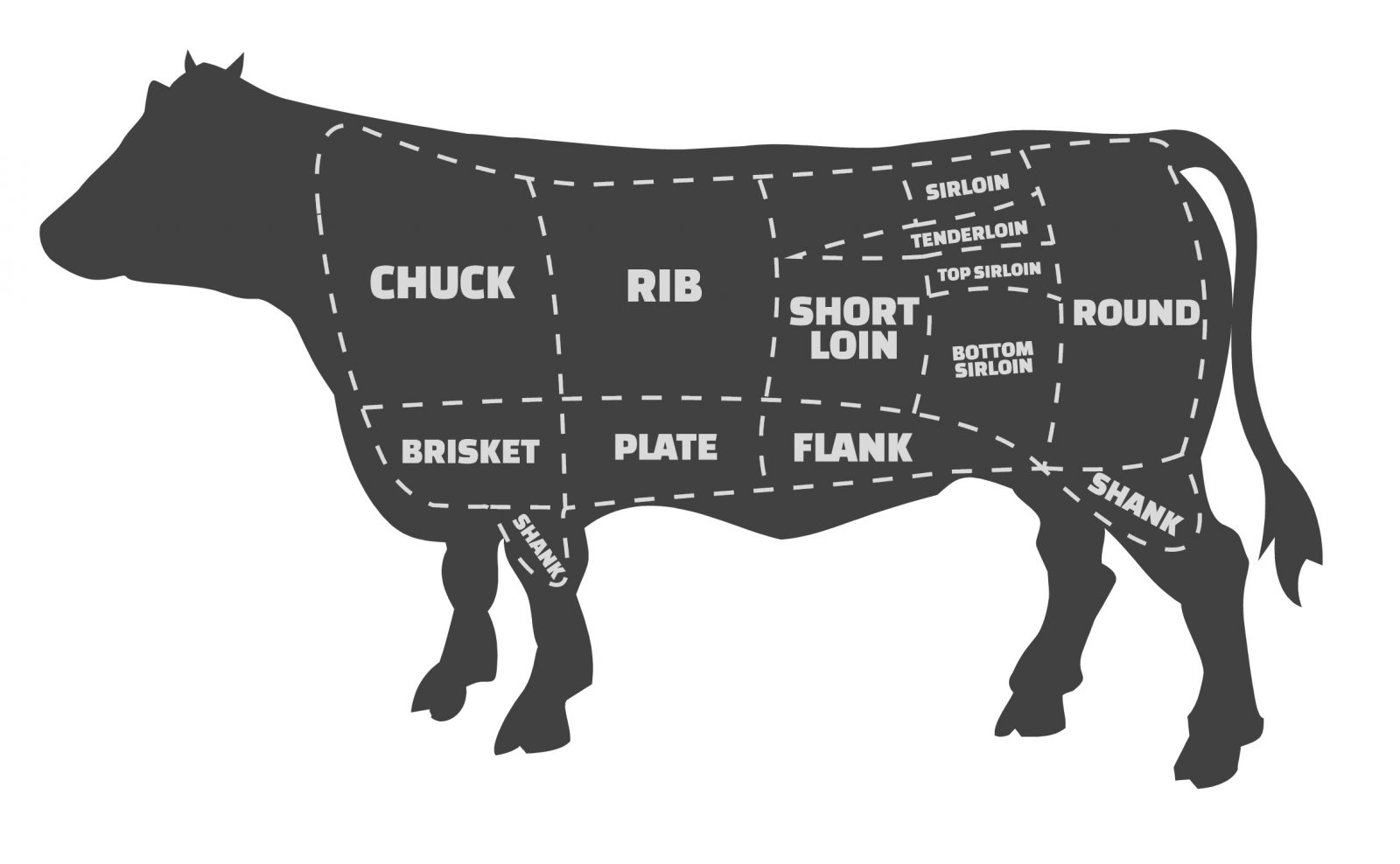 I sincerely love the filet. Yes I am a posh kinda guy, yet this tenderness is exquisite. There is no better moment, when your steak is ready, medium to medium rare and steam covers the steak, floating directly into your nose, revealing the desirable and awesome scent.

But we’re not there yet.

So here it is our first steak.

The filet steak or sometimes referred to as filet mignon, which is French for “tender filet”. 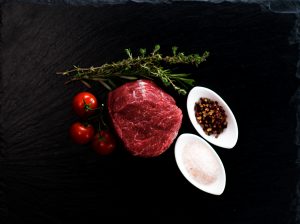 Yeah I know the best comes first, but don’t be disappointed yet, we do have some nice cuts to present.

The filet steak is taken from the smaller end of the tenderloin. This tenderloin runs along both sides of the spine and is usually harvested as two long cuts of beef. The chef cuts this tenderloin into pieces, as ordered. The end is referred to as “mignon” the middle part as “tournedous” and the end of the tenderloin is referred to as “tete des filet”, which translates into “the head of the filet”. Yet most restaurants label these cuts as either filet steak or tenderloin steak. But I can assure you, the end part is the most tender one. Still everybody prefers a different kind of steak.

Due to its desirability the filet is a rather expensive cut. Yet the filet can be cooked and broiled in several ways. With bacon, without bacon wrapped in dough. So we have several possibilities of preparing it. Therefore it is a very, let’s say flexible steak.

Let’s move to a different kind of steak. 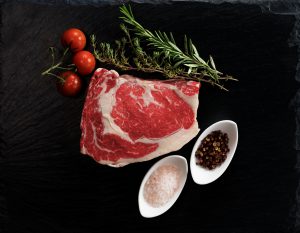 Oh yes the real steak lovers start to be interested right now! The rib-eye is a beef steak sliced from the rib cage. Sometimes served with the bone attached, yet mostly served with its bone removed. Once the bone is removed Australian steak lovers call it a “Scotch filet”.

The beauty about this steak, is that it is both flavorful and tender, coming from the lightly worked upper rib cage area. It’s marbling of fat makes is fantastic for quick searing and bringing out the wonderful flavor!

And yes the French have a word for it too: the Entrecote. Yet I do love the name Rib-Eye. It takes me back to the real American style. American restaurants also use the term “cowboy cut” to note, that the bone is still attached. And there is so much flavor locked in! 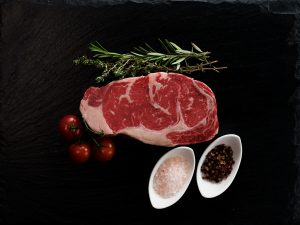 And let’s not forget the Strip steak or even called New York strip, but only outside New York. The Delmonico’s Restaurant which opened in New York City in 1827, offered this cut as one of its signature dishes and called it Delmonico steak. The Dolmenico family owned several restaurants throughout the years, some were destroyed by fire some were just closed, but the last Dolmenico, owned by the family closed in 1923. Since then the Strip steak is called the NY strip.

This cut comes from the short loin of a cow. This muscle does little work, which makes the meat rather tender. Yet still not as tender as a Rib-Eye and a tenderloin. The fat amount is much less than the one of the Rib-Eye.

Yet when the bone is still attached with some tenderloin hanging on the other side it becomes a T-bone steak, or even a Porterhouse steak, if the tenderloin part is bigger.

And here comes the T-bone steak and Porterhouse steak.

As already stated the T-bone and Porterhouse steak don’t differ much from each other. They are cuts from the short loin and both have this T shaped bone attached to it. In restaurants they are steaks from the high priced range, which comes from containing two high value cuts; the tenderloin and the short loin. These steaks are definitely suited for high temperature broiling and a perfect fit for the 1650. More over with the included drawer the turning bit is not a challenge anymore. 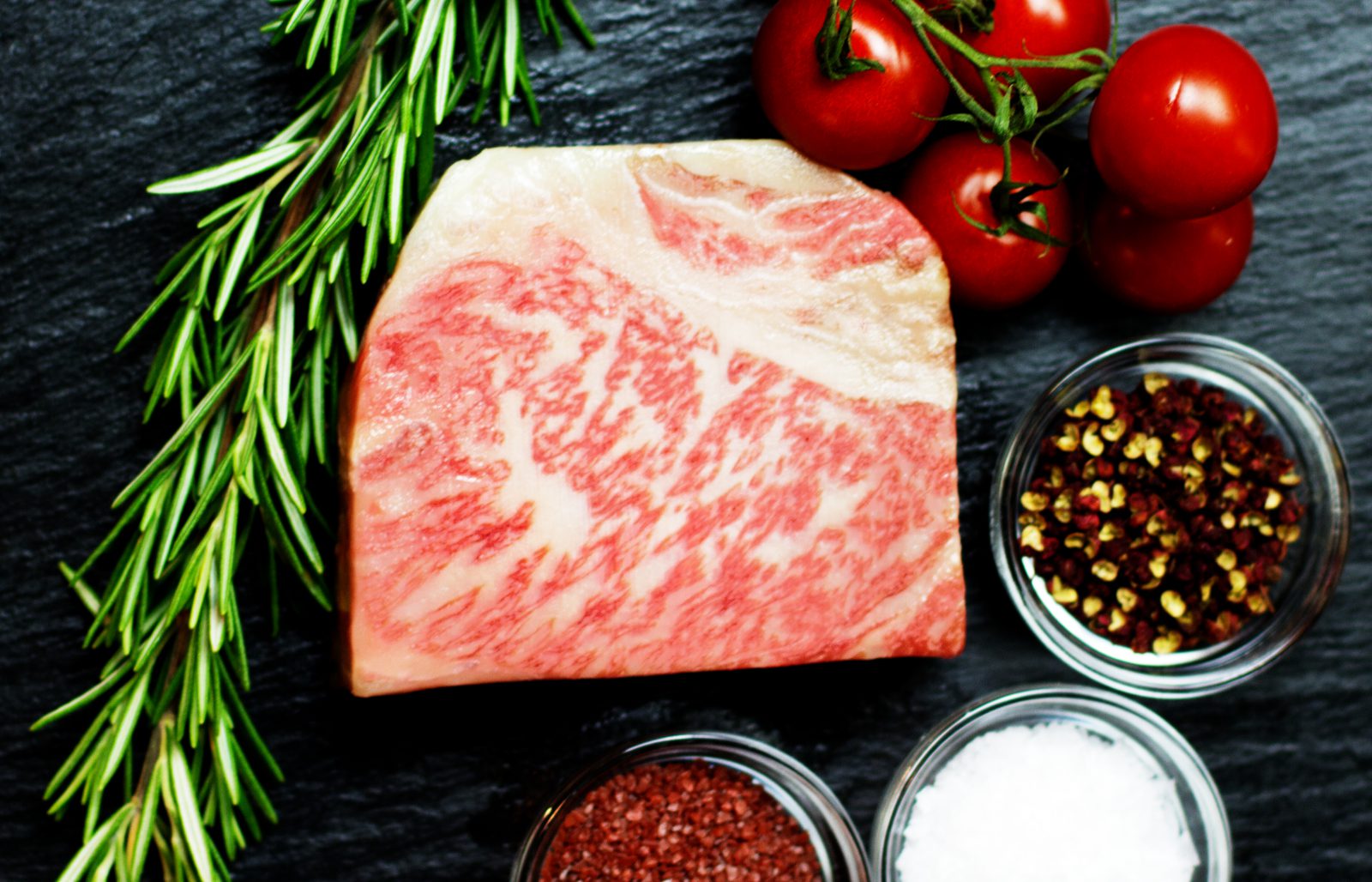 Last but not least the Kobe beef. Yes, the Tajima cattle, which provides this special kind of meat, is raised in Japan’s Hyogo Prefecture according to rules as set out by the Kobe Beef Marketing and Distribution Promotion Association.

Known for its flavor, tenderness and well-marbled texture, Kobe beef can be prepared as steak, teppanyaki and many more.

The cattle was introduced in Japan in the second century as work animals used for rice cultivation. After World War II the consumption of meat rose and Kobe beef gained a world wide popularity.

Basically these are the most common offered steak cuts in restaurants, yet the Kobe beef is a delicacy, that is not found in every restaurant. Still we think it is worth a mention.

If you have a cut chosen, let’s prepare it and make it to your preferred doneness. 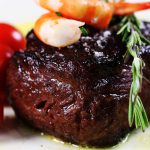 A guide to buy the perfect steak!